When I got my first Mac in the late 80s, the first game I played on it was called "Daleks" and authored by Johan Strandberg in 1984. This simple, but elegant game became a key piece of my own Mac-using history. In 2010, I wanted to go through my old Mac stuff and try to preserve as best I could all the great stuff from that era. The first thing I wanted to do was play Daleks again. Surprisingly, it did run in an emulator, but also had some problems.

There have been many other Daleks-esque games since then (and even the original was based on the game Robots that ran on old BSD UNIX systems). Most notable of these are The NEW Daleks a.k.a Daleks II by Bob Arning and Classic Daleks by legendary Mac programmer Ingemar Ragnemalm. Unfortunately, both of these fine programs lack the smooth Dalek movement of the original. The original program does not run on some Macs, so I decided to write my own version. 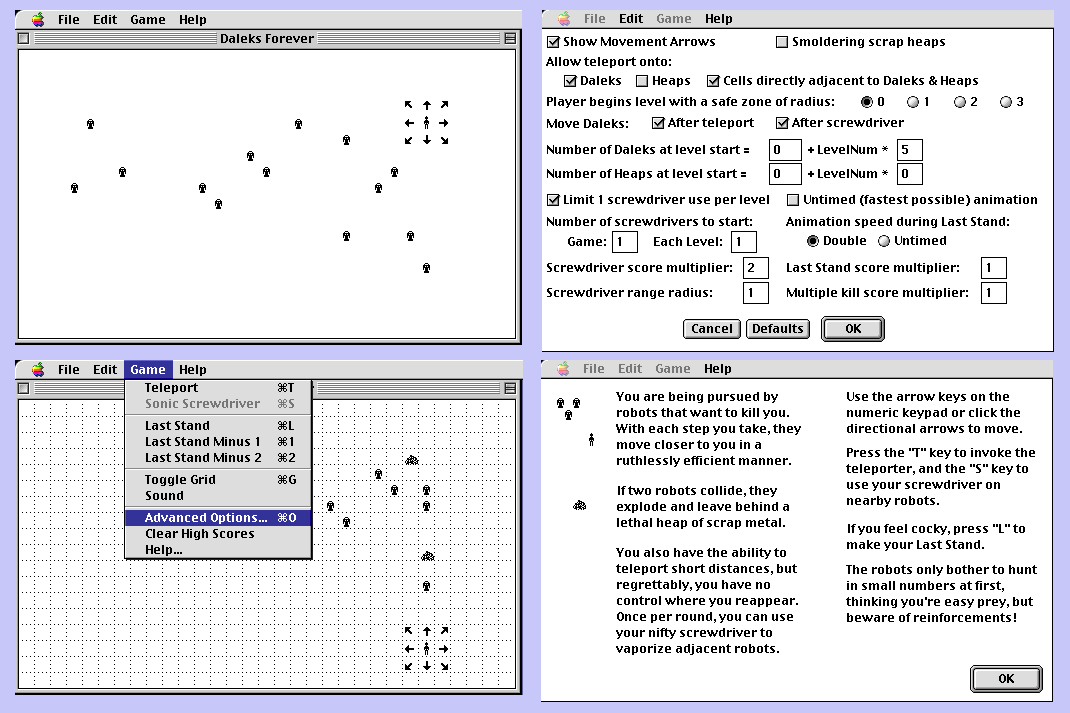 Sorry, there is also a Windows version.

The original plan was to release Daleks Forever for Mac OS classic, Mac OS X, iOS, Linux Text, browser Javascript, and Windows. I was then going to have each of those ports submit high scores to a central website, and have global high scores and other fun stuff. Unfortunately, I have had some other urgent priorities come up and I don't think I can get to those other ports for at least a year, so I am releasing what I have now to get some feedback and bug reports (and to have it out there in case I never get around to it). 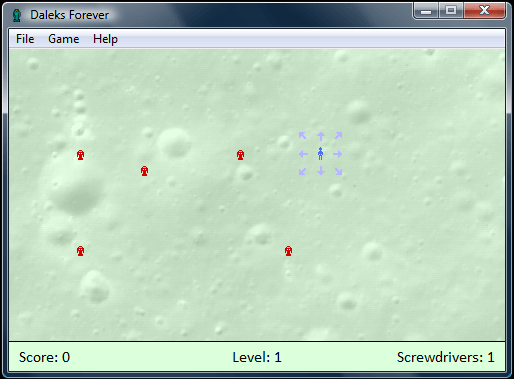 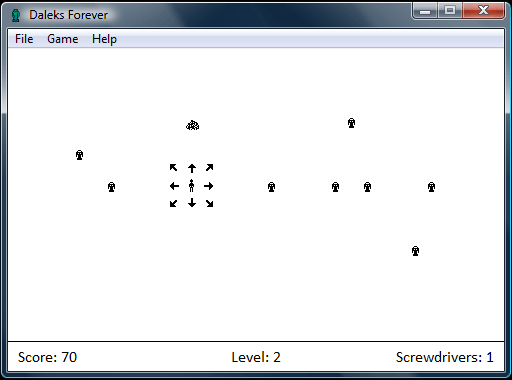 The Windows version is a little more advanced, but you can run it in black and white if your heart desires.

An interesting feature is that the global highscores idea would be uncheatable (go ahead, I dare you)! It would work by submitting the game's random seed and move list to the high scores server machine, which would then use a command-line version of the program to run that move list. If the resulting replay showed you had a valid score, your game would be added to the global high score list. This also opens up the idea of 3rd party client programs which could try to use AI to compete with human players; your AI could run through scenarios and submit these move lists to the server.

Right now, these move lists are stored in the high scores file of the Windows version, so if I ever get this done, you could potentially go back and re-submit those game results.

Well, anyway, I hope there's at least one other person out there who will appreciate this. It's not often that a new program gets released for the Mac Plus these days! Like the original game, Daleks Forever is free for everyone.